DyingLight: Software and Hardware to Bring Back Brightness Functionality of MacBooks.

If you would like you can DONATE to the project. This will help bring production cost down.

The board pictured below is the original Mk.I board. The Mk.II board is connected the same way, and is smaller, allowing it to fit better inside the system case.

After a short break we're selling more boards. You can purchase your own module from EBay HERE DyingLight chips are available.

There is a waitlist here if the EBay listing is sold out: Google Form

To install the device, it is recommended to connect each pad on the DyingLight board to its respective point on the MacBook logic board using small jumper wires. Route these wires to be long enough to reach from the hard disk drive area (17" MacBooks) or beside the wireless module (15" MacBooks) to the respective points on the logic board. First, though, a few components need to be removed from the board, in addition to those removed to perform the inital gMux IC bypass. First, R9704 needs to be removed. This resistor is what connects the BKLT_PWM rail to the gMux IC, and removing it will prevent the gMux from pulling the line down. Second, the 2 pullup resistors on the unused USB data lines need to be removed. These are R0915 and R0916. Once these are removed, we are now ready to begin soldering the wires. 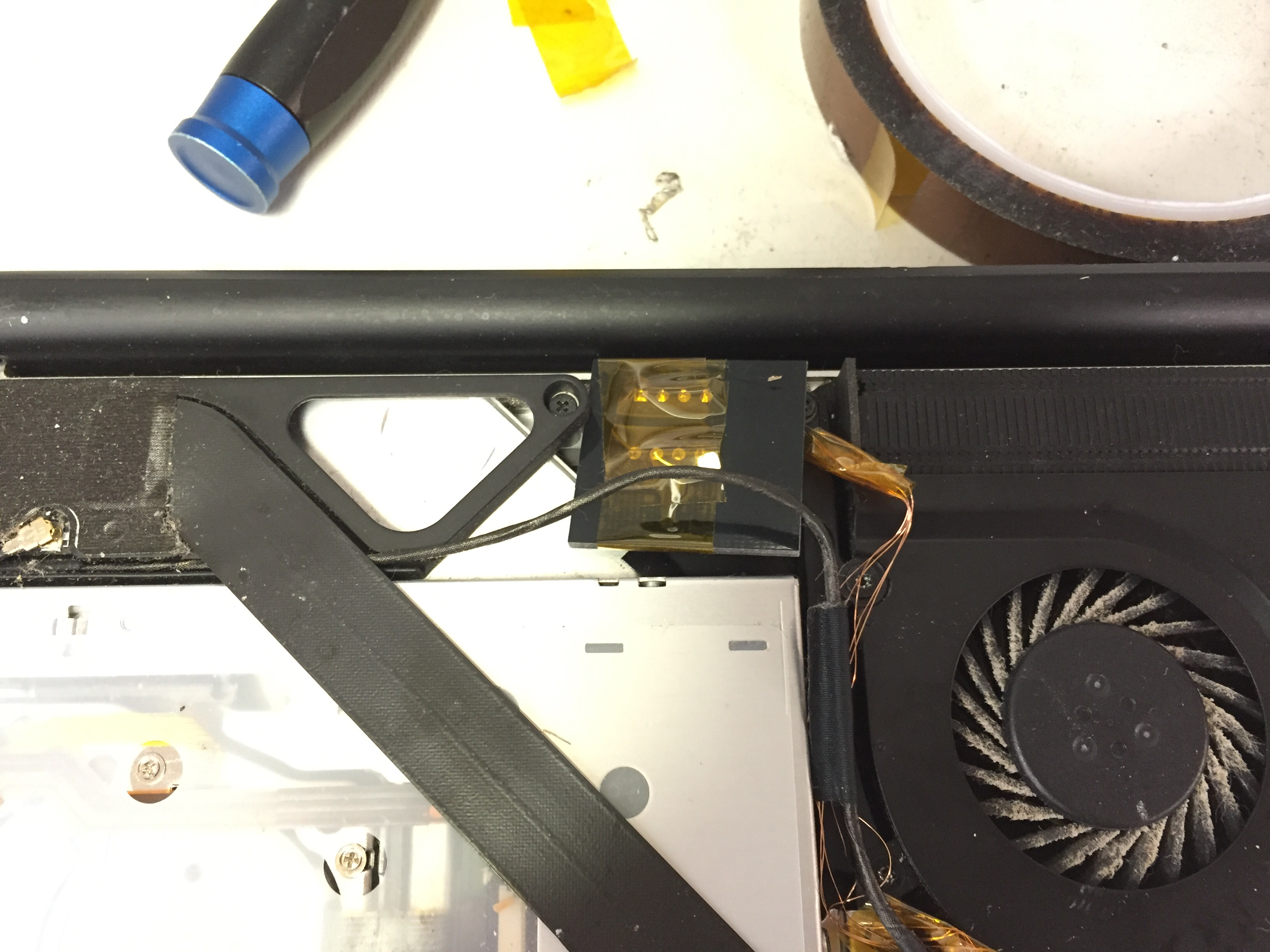 The pad labeled 3.3V on the DyingLight board needs to be connected to the PP3V3_S3 rail on the logic board. There are many points on the board where this rail is located, but I'd recommend solding it to pin 1 of C5926.

The ground pad (labeled GND) needs to be connected to any grounding point in the system. I'd recommend soldering it to the shield on one of the USB ports of the logic board, or to one of the many grounding pins sticking up off the board.

The next line we need to solder is the PWM output line. This needs to connect to pin 2 of R9704, which is the resistor you previously removed off the BKLT_PWM rail.

These are high definition images it is recommended that you open them in a new tab and zoom in on them for reference during install. The liquid you see on the board around the DyingLight traces is flux used for soldering. 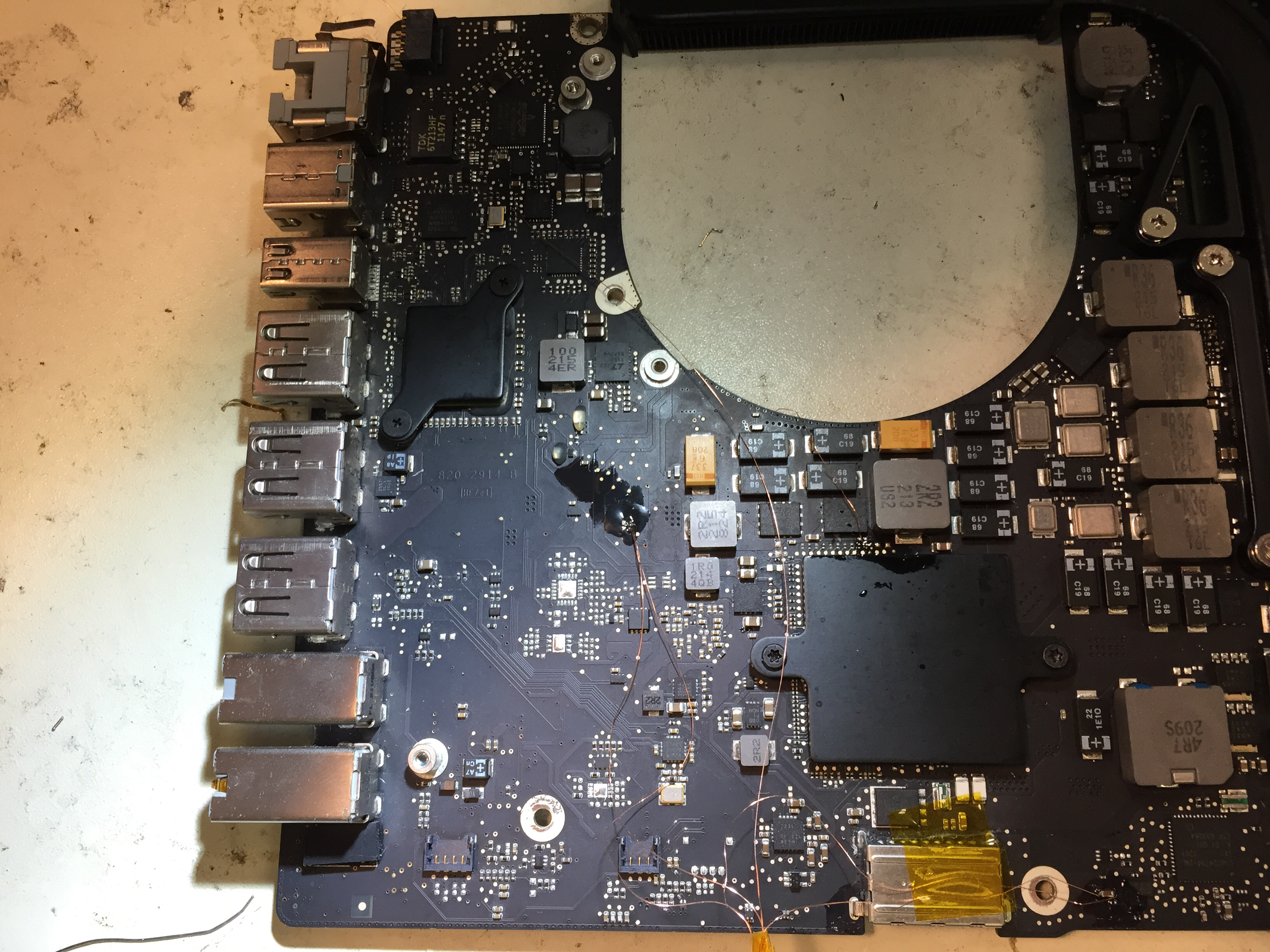 Once all the wires are soldered, mount the board onto the top of your hard disk drive. Be sure to insulate the entire DyingLight board (conformal coating, wrap w/ electrical tape, etc.), and secure it to the top of the drive with adhesive or double-sided tape. 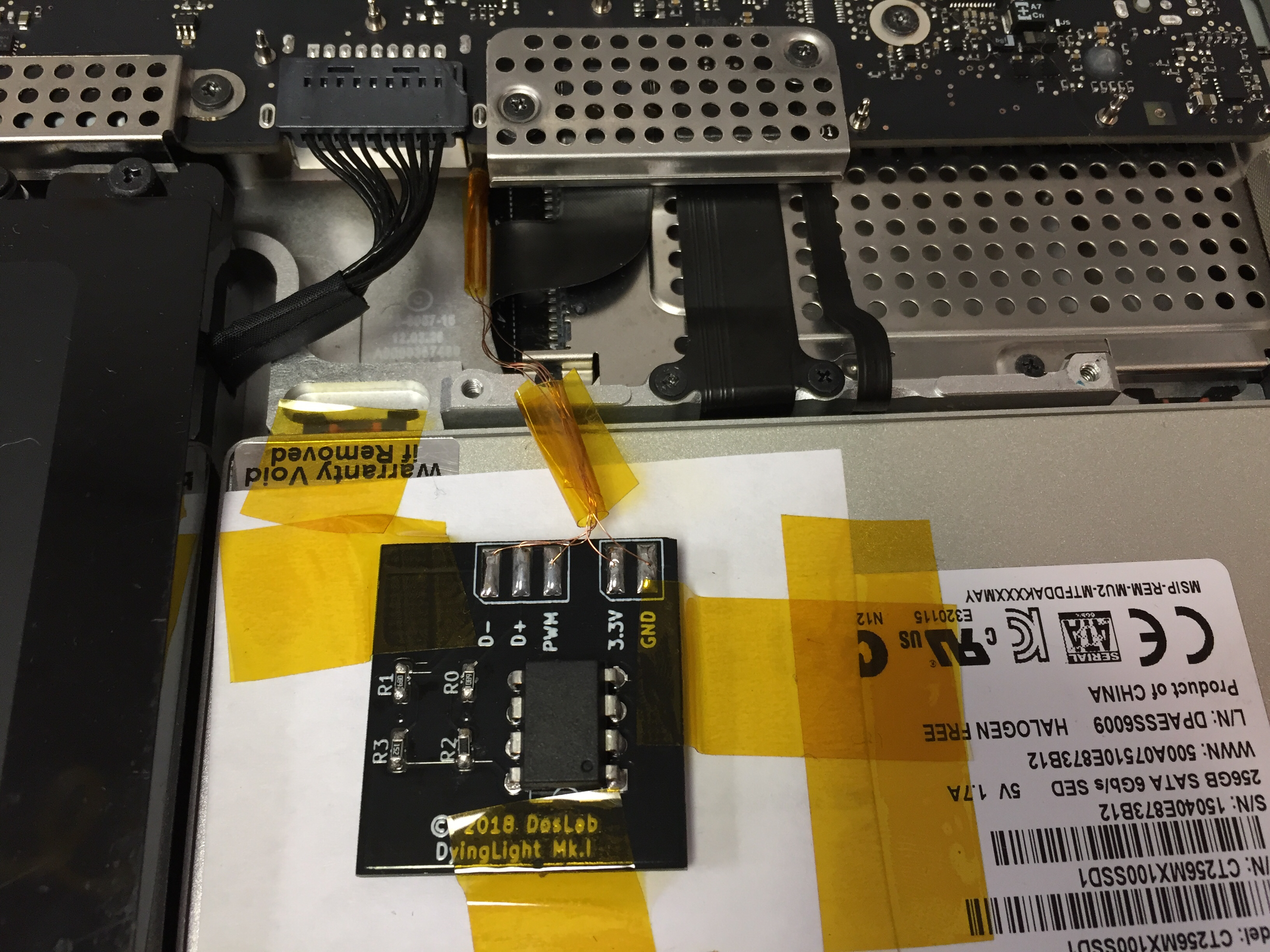 DyingLight chip affixed to the top of the drive.

Here is a video of the functioning device:

DyingLight is compatible with any operating system that will run on your MacBook Pro, including Windows, various Linux distros, and of course, Mac OS X. Since most users will be using the device under Mac OS X, the OS X software includes many enhancements, integrating it seamslessly with the OS. The Windows and Linux versions are command-line apps that are easily used with hotkey bindings and startup entries. 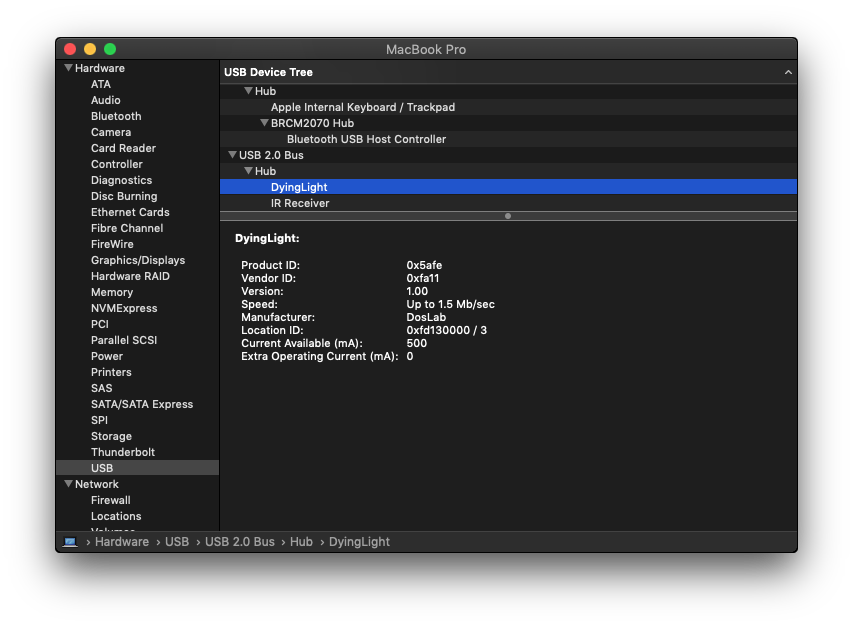 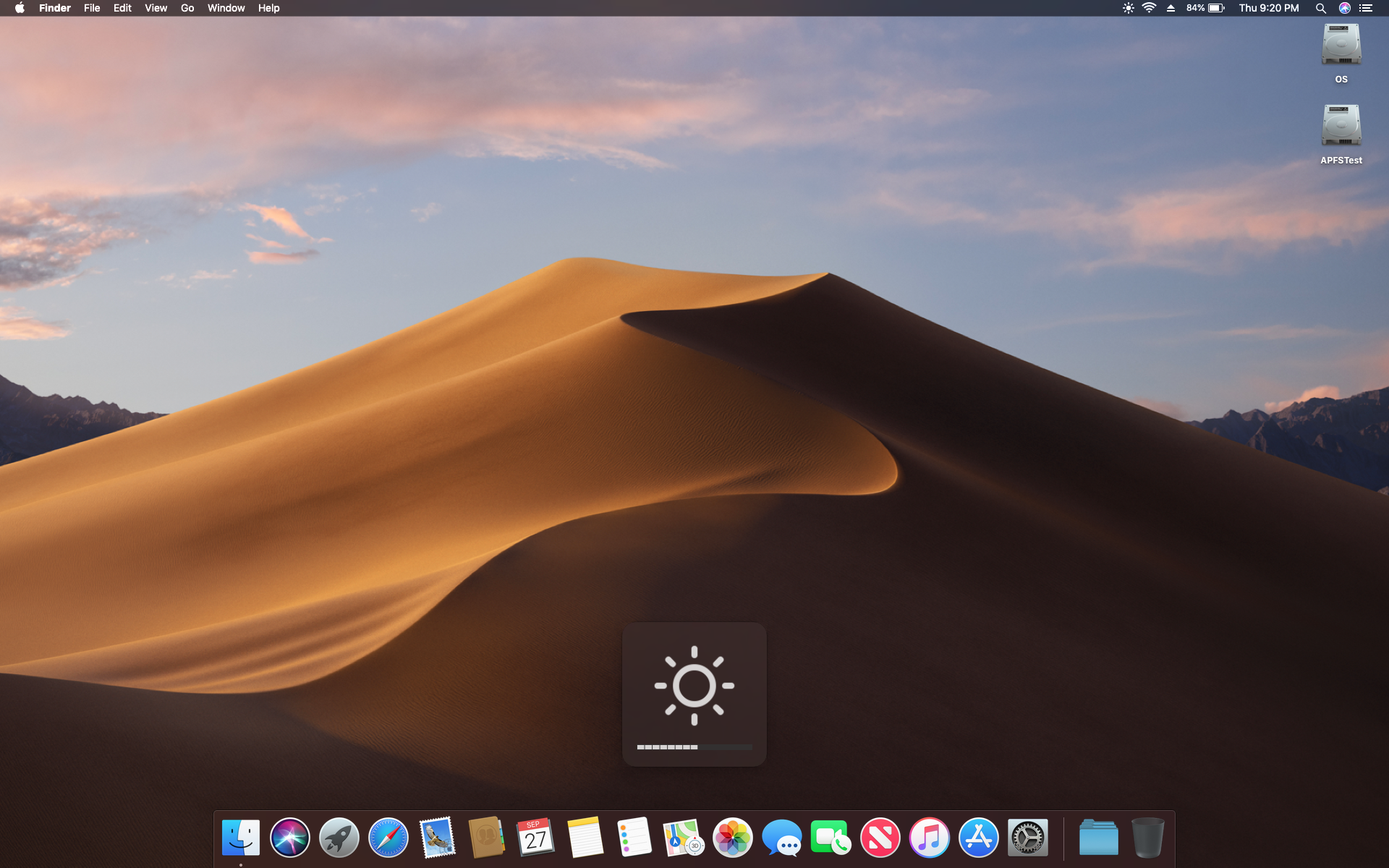 To get the driver running, all you'll need to do is run the installer package and reboot your machine.

The driver comes bundled with the libusb DLL files it requires, do not separate them.

There are a few things you must do to get the driver working for linux.

Then paste this into vim:

Save your changes by hitting esc and typing :wq.

You may have to replace $USER with your username.